Arzúa is influenced by the Way of Saint James which has been considered The First European Cultural route by the European Council. The ‘Camino’, as the piligrimage route is known in Spain, is full of countless examples of heritage sites.

The jacobite pilgrimage was originated in The Middle Ages, when the Saint’s sarcophagus was found by Pelayo, a shepard. When the number of piligrims increased, a new town was born. This place, according to the Códice Calixtinus was named Vila Nova at first, but over the years this name was changed to Arzúa. The Ribadiso’s Hospital and Magdalena’s convent were built to assist pilgrims. 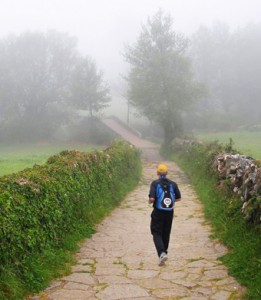 In 1587 the English, led by Sir Francis Drake, threatered to destroy Santiago de Compostela. The Archbishop Juan de San Clemente y Torquemada decided to hide the sarcophagus in order to prevent it being plundered. This caused the near disappearance of pilgrimages for 300 years.

In 1887, the cardinal Miguel Payá y Rico reformed the Basilica’s main altar. When on the night of January 28th, 1878, the workers knocked a hole in the small vault, a small urn with the skeletal remains of three men appeared, Pope Leon XIII later communicated to the world in the encyclical Deus Omnipoters the news of the discovery of the remains of the Saint. But there were still few pilgrimages and this caused a stagnation of small towns such as Arzúa.

The revival of the route took place in 1987 when it was declared First European Cultural Route by the European Union and World Cultural Heritage Site by UNESCO in 1993. It now enjoys an importance similar to that enjoyed in the Middle Ages.